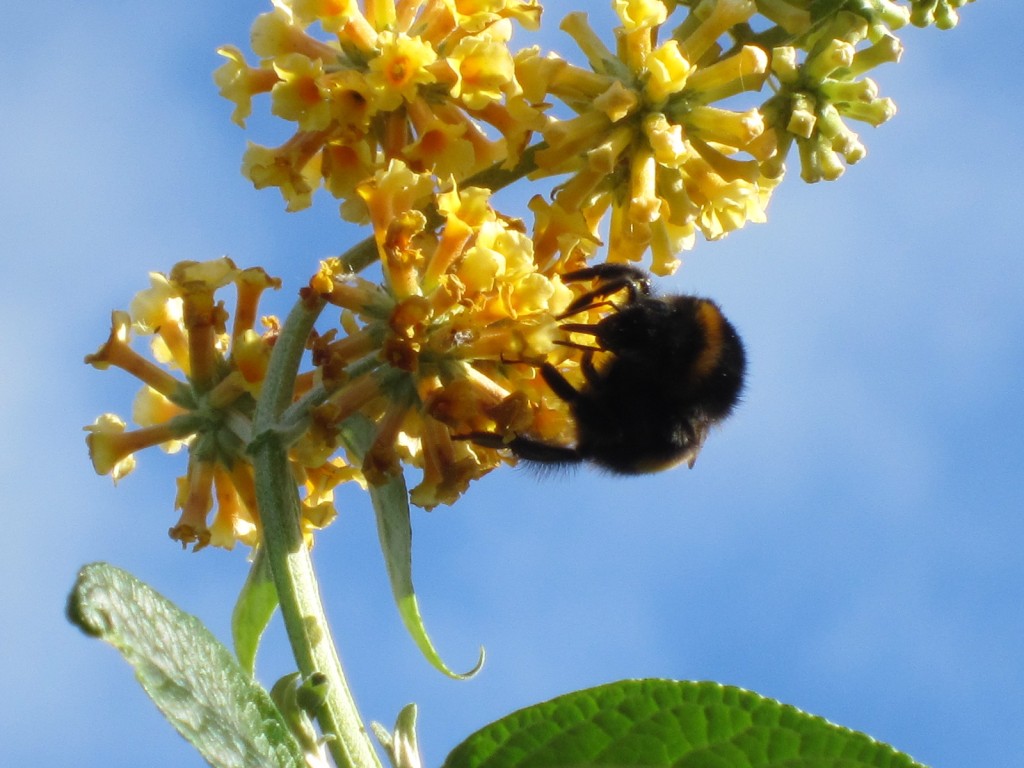 One of the more unusual forms of Buddleja – globosa has orange ball like fragrant flowers in loose clusters at the tips of the branches, from summer through to autumn here! As you can see from the pics (taken today) it is a magnet for bees! This Buddleja won’t seed around like Buddleja Lochinch for example. Give it plenty of room to grow as it will spread to a good 6 to 8 feet if allowed! I tend to cut back around a third of branches to the ground – either late autumn or early spring, along with any dead or diseased branches. This shrub is growing in a particularly moist part of the garden, with no shelter from westerly winds, but copes really well in these conditions! I underplant with Cotoneaster horizontalis, which is evergreen and at this time of year has lovely red berries which the birds enjoy! 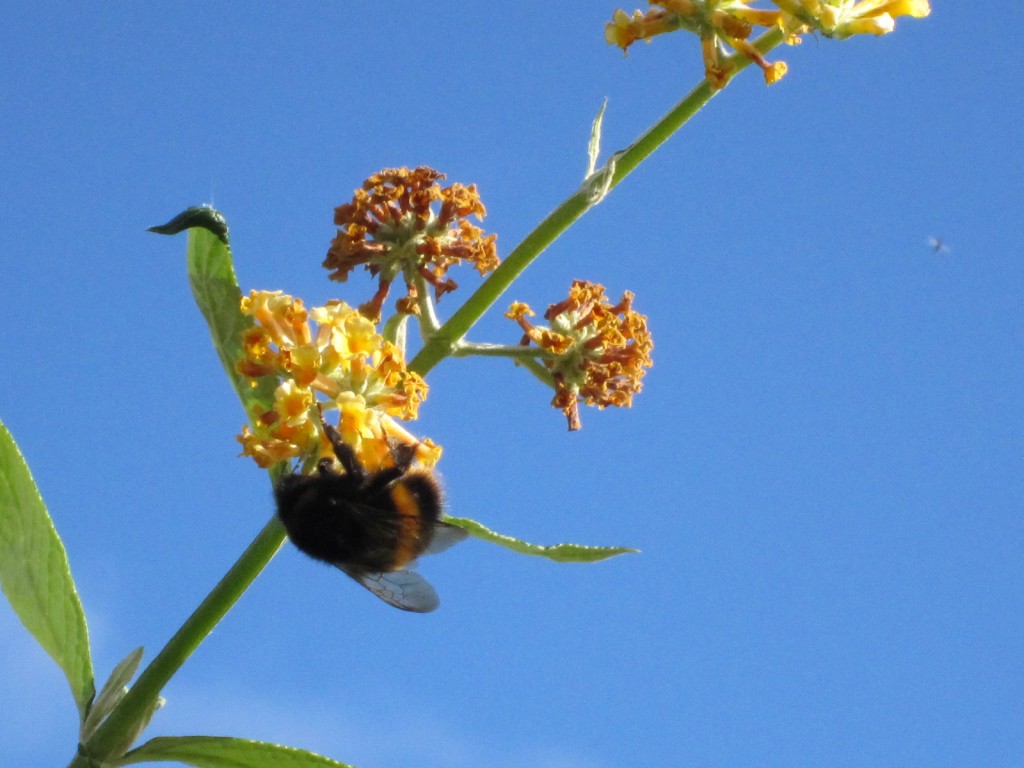 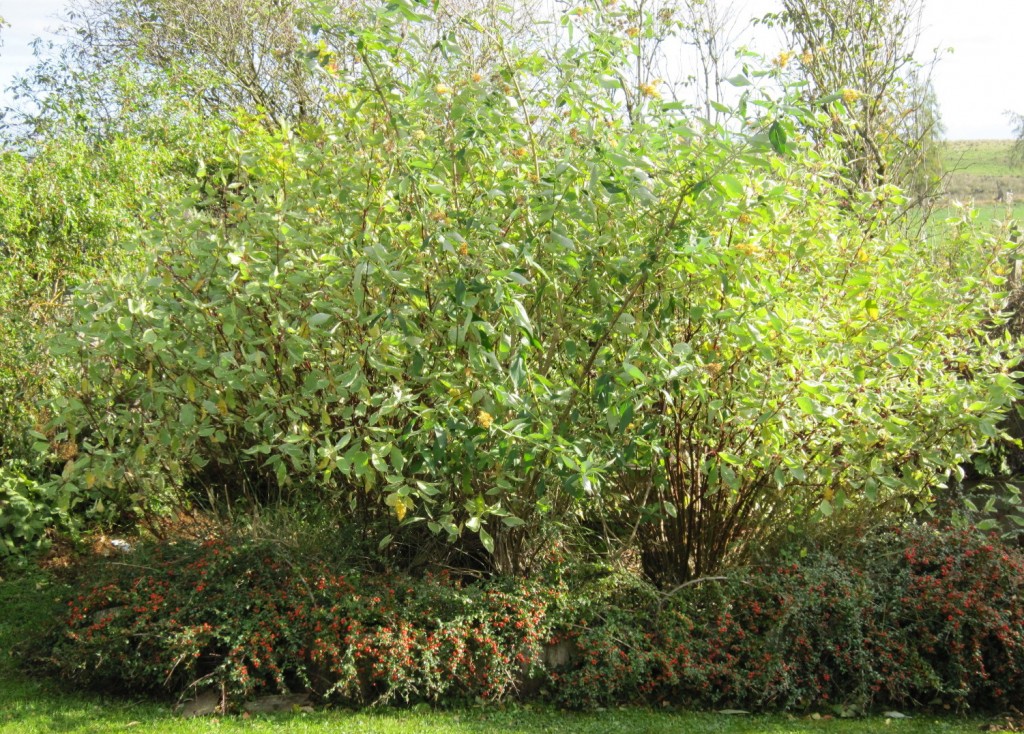 This is another one of those beds which doesn’t need too much work on it during the year! A quick tidy up in autumn or spring – that’s it! Mind you when I first planted these shrubs, I had 3 x Â Stipa Gigantea grasses in this bed, and they are still there – but now need to come out as they haven’t flowered this year as there’s just way too much foliage above their heads! I could cut the Buddleja harder back, but I have a new border to put them into, which will make the border mature so much quicker! Also behind the Buddleja are a few Cornus Â alba ‘ Sibirica Variegata’ with lovely red stems in the winter months! All these plants love the moist soil and they are doing a good job of keeping the surrounding grassy area just that bit drier, as this whole area used to flood and have water sitting Â above the soil for most of the winter months – just imagine the dogs paws after having been out running in all that!! 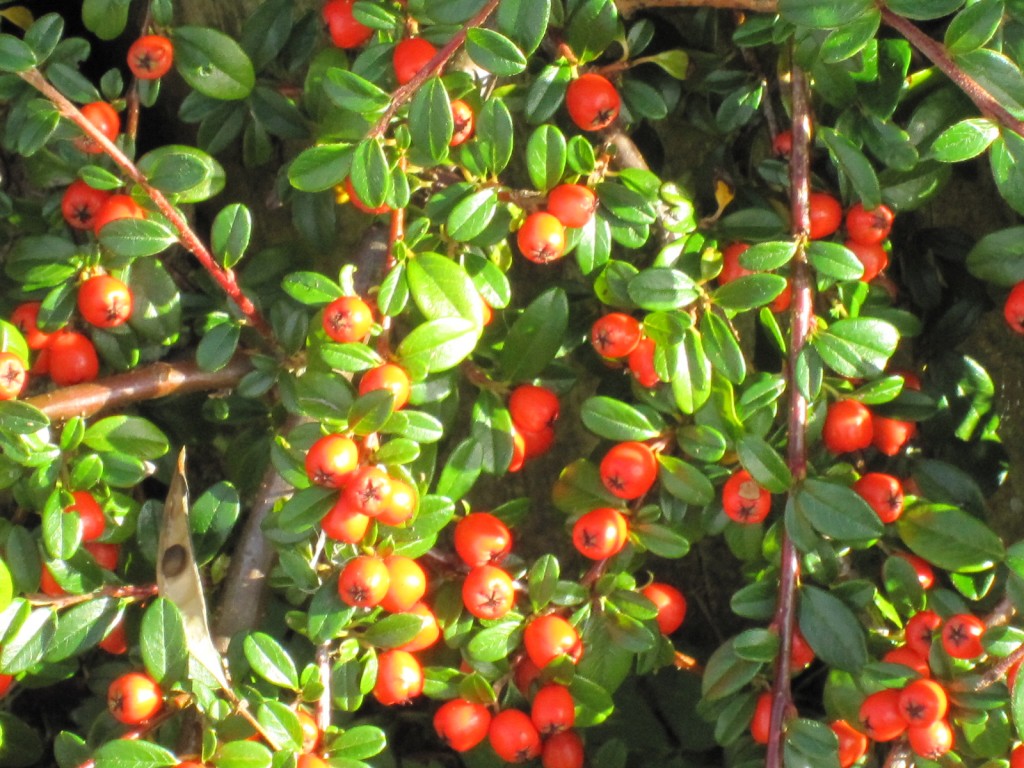 I have been too busy over the last couple of months to keep up with the blog, but decided to rest and relax a bit, and been out deadheading the [more]

I've been watching this lovely red squirrel for the past hour or so, feeding from the fat feeders. (I should really be filling the van for tomorrows sale!!) It actually let [more]

Scotlands gardening show is on at Ingliston, Edinburgh on the last Friday /Saturday of May and Sunday 1st June! I should be preparing pots and trays, labelling etc, but decided [more]

This has to be one the most beautiful spring flowering bulbs! With its nodding chequerboard heads in differing shades of purple and occassionally white, no spring garden is complete without [more]

Even though we haven't had a day in the last 5 months or so where it hasn't rained, the perennials, shrubs and trees etc are all showing signs of new [more]

Helleborus foetidus (or stinking hellebore as it is commonly called) is now budding up nicely in the gravel ! I meant to prick out the seedlings last year, but didn't [more]

As our Daffodils and Narcissi have been forcing themselves through all that muddy ground of ours, has anybody else seen any in bud or bloom yet! It's been such a [more]

This is a really hardy shrub, which will grow almost anywhere in any type of soil, but people either love or loathe it! I really like it during the winter [more]

If any body out there gets the Sunday Post, you may well have come across an article about my new online business sending out plants by mail order (Sunday 19th [more]

This has been one of the mildest winters we've experienced here in Glenalmond in the past 10 years - I realise it's only part way through, but we've usually been [more]